Can You Have a Car for Your Entire Life?

Posted on January 15, 2016 by emptyroadchronicles

Recently, I received an email from a good friend asking,

“So, theoretically, you can have a car for your entire life. But, from a practical perspective, how likely is it that if everything is done right and the car is not involved in any accidents, that one could in fact keep a vehicle for their entire life?”

Let’s look at that first part – can you have a car for your entire life? The simple answer is yes.

Take for example Irv Gordon. In 1966, the Long Island native purchased a Volvo P1800 brand new and now, the retired teacher continues to drive it everyday. To anyone, fifty years of uninterrupted operation can safely be considered a lifetime.

Now for the second part – how likely is it? Is Irv Gordon just a rare case? The sad truth is, such a milestone of vehicle longevity isn’t as likely with today’s automotive offerings. Older vehicles, like Irv’s Volvo, are are up to the task of outlasting you because they have less parts that can break catastrophically. The P1800 used as an example doesn’t have an engine computer and its fuel delivery system is mechanical. Everything is mechanical and all Irv does is maintain it. It’s possible to replicate Irv, but rare given the increased complexity of modern cars and trucks.

“Okay, so it’s possible. I’m assuming though that someone would need to have the means and knowledge to fix the car and then use it frequently if they wanted to keep it that long.”

Having the means and knowledge to fix a car just means your repair bills will be lower. For any car to last a long time, it needs to be maintained and it doesn’t matter who does it. Simple items like fluid changes and nearly instantaneous repairs of mechanical faults can prolong the life any vehicle. Oddly enough, so can regular use.

Irv’s Volvo has more than three million miles and that might be the key to its health. Think about this: by being an active person and not a sedentary one, people are able to lower their risk of developing diseases associated with a sedentary lifestyle- like diabetes. The same ideas apply to a car. It takes in air and fuel just like we do and when we’re idle, joints fuse together and we become “out of shape.” The same is for a car. The p1800 is pretty enough to be locked away but if it was, it wouldn’t be as reliable as Irv’s.

“Okay, but in terms of practicality, how often would major parts need to be replaced? In one’s lifetime, would the parts become impossible to find?”

Replacing major parts depends on the build quality of said major parts. You’d be more likely to keep an older Honda Civic for your entire life than say, a Land Rover. Unless the car was built in unnecessarily low numbers, you also shouldn’t have an issue finding parts. Volvo P1800s aren’t that abundant after all. If one was to try and replicate Irv, it would be wise to pick a vehicle built in high volume – like an older Honda Civic.

“So, if an older car, say 12- to 15-years-old, came into your possession that was in decent condition, and you had the desire to extend its life beyond normal expectations, what parts/problems/issues would you direct your attention to first? What factors would be your first concern?”

Personally, I’m doubtful to ever own a vehicle that’s less than 10-years-old and currently, my fleet consists of a 2000 Honda Civic and a 1999 Jeep Cherokee. Both serve entirely different purposes but both are intended to outlast me – even if I ever part ways with them. I’m going to use these as an example to answer the question. 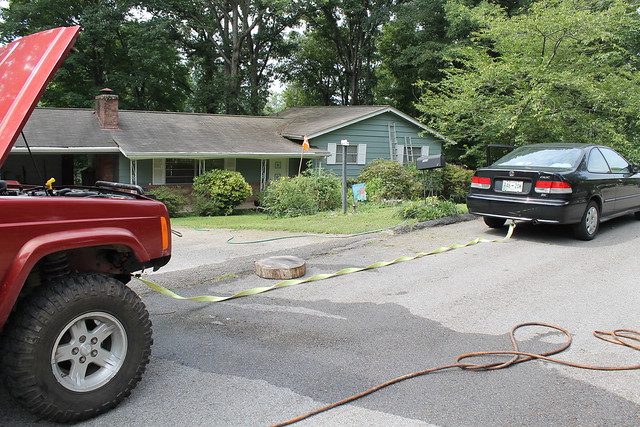 The Civic came into my life in December 2014 with 177,000 miles. Today, it has 197,000 and I intend for this car to see 300,000 miles before I ever consider a major repair or replacement. My plans to get to that goal are minor such as drive it and change its fluids. Listen to it. Address any weird noises and determine if they’re detrimental to the car’s functionality. The reason for the simplicity in maintenance and upkeep is the car was so well made 15 years ago and so well maintained by the previous owner (my sister) that even with a slight oil and exhaust leak, it runs like it just rolled off the factory floor. This is where original build quality plays a role as major as general upkeep. 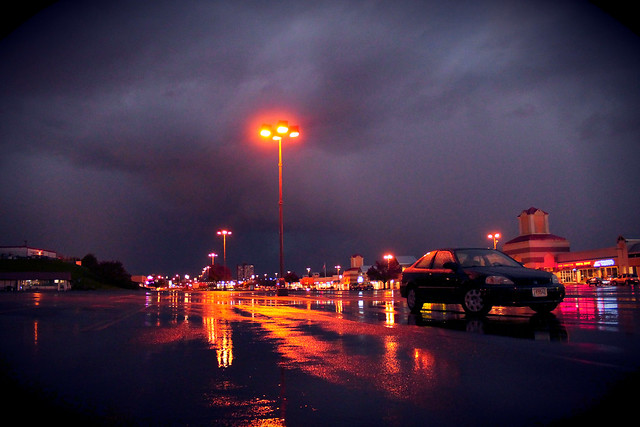 The Jeep is a bit different and perhaps a better illustration of what one could do to extend a vehicle’s life. Now, Cherokee XJs are notorious for being tough as nails, but anyone who has ever owned one knows that despite reliability, overall build quality is, after all, pure Chrysler. Knowing this, I make sure to change its oil, differential fluid, transfer case fluid, transmission fluid and coolant as recommended, or when I “feel” a change is warranted. 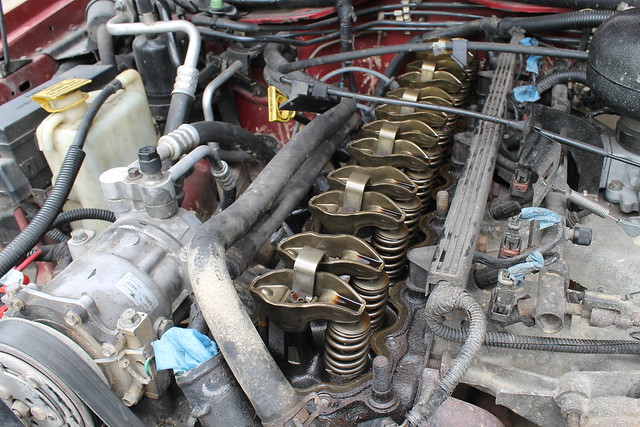 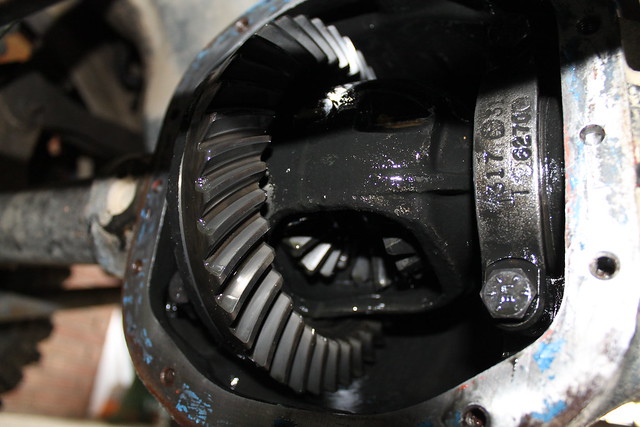 U-joints get replaced the moment they make noise. If I feel an irritating vibration, I address it. Engine mounts, the transmission mount and even driveshafts have been replaced. At one moment, the truck’s cooling system began running at operating temperature if not higher. A new thermostat, flushed radiator, and new cooling fan with an auxiliary switch was installed. All the aftermarket parts on the Jeep were picked because of their higher than factory quality. 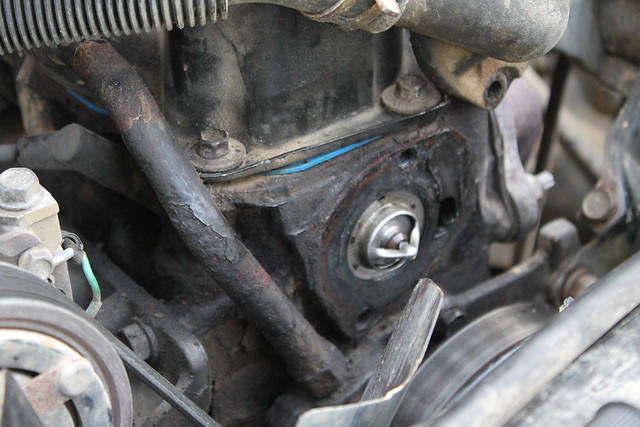 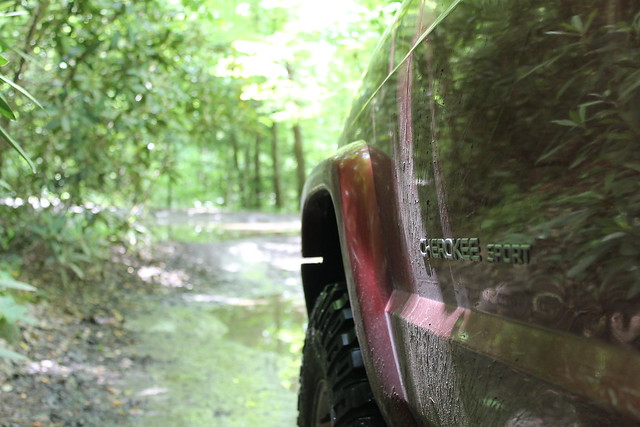 People can poke fun at Jeeps, but mine has been the most reliable vehicle I’ve ever owned – especially given the abuse I’ve put it through. Mind you, this is a vehicle that has hit three trees, bounced off rocks, stalled in mud, and driven in places where it shouldn’t wisely be driven. Bought with 129,000 miles, two and a half years later it has 163,000 and will start at the first lick in single-digit temperatures. I have zero doubts that it will follow in the path of Jan Richey‘s 1988 Jeep Cherokee with more than 600,000 miles on the original engine.

Keeping a car for your entire life is possible, but it depends on your dedication to general maintenance and the vehicle’s willingness to survive. Because most newer cars have had their personalities engineered out of them, my suggestion is to buy an old Honda Civic, give it a name, and watch it outlast you.