Posted on February 16, 2016 by emptyroadchronicles

Two years after taking over responsibility for Ruby, she now looks at me with glassy eyes and a bruised face – but that’s mostly from pushing her into a tree… er, three trees. Whatever the number of trees this Jeep has hit, I still own it and have sunk so much money into fixing and upgrading various parts that I now have a slightly worse truck than when I first bought it. 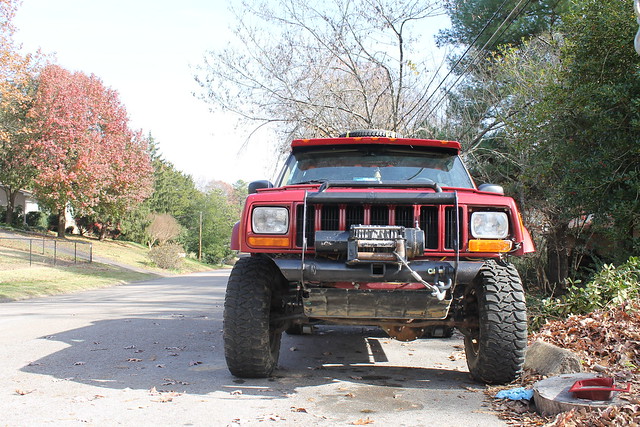 Here’s the abridged story of how Ruby, the 1999 Jeep Cherokee, first went from a SUV to a questionable deathtrap smile machine.

On October 26, 2013, I decided to give myself the birthday gift I’ve always wanted: physical and financial torture with a side helping of gear oil stains on my tee shirt. A few weeks prior to this, I purchased a set of axles and a lift kit for Ruby. You see, Jeep has an obnoxious habit of using the over engine, under gearing recipe for their vehicles where as Toyota does the exact opposite. When you get a 3.4 liter V6 in a 4Runner – while a bit gutless – you also get 4.10 gearing. When Jeep gives you a 4.0 liter straight six with its perfectly balanced iron block awesomeness AND a 5 speed manual transmission, they give you the axle gearing ratio from a shoe. After living with Ruby on stock, 3.07 gears and an open rear diff, I gave up trying to drift in the city streets of Miami to impress girls and decided to become a man. 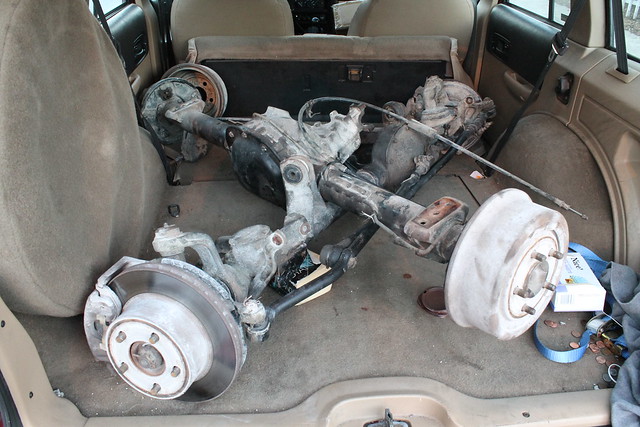 The axles came from a fellow wheeler who was switching to 1-tons in his Cherokee. They were the same high pinon Dana 30 and 29 spline Chrysler 8.25 as Ruby came with, but with 3.55 gears and an Aussie lunchbox locker in the rear. When you swap axles, you have the perfect on-paper opportunity to swap out suspension parts. So, instead of being $400 in the hole, I became $1200 in the hole but had enough parts in the back of Ruby that her rear suspension looked broken. I also had my lift kit – all 3.5 inches of Rubicon Express goodness.

Now, back to the past – October 26, 2013. I rented a shop called Garage Yourself in Miami. Owned by the righteous dude named Todd who clearly did things in his past life that made him the MacGyver of DIY auto repair and an owner of two Acura NSXs, the shop gave me access to air tools and other time-saving equipment for a flat fee. Great! One day’s worth of work and I’ll be out of there.

Three days later, I left the shop at nearly midnight and my steering wheel was upside down. 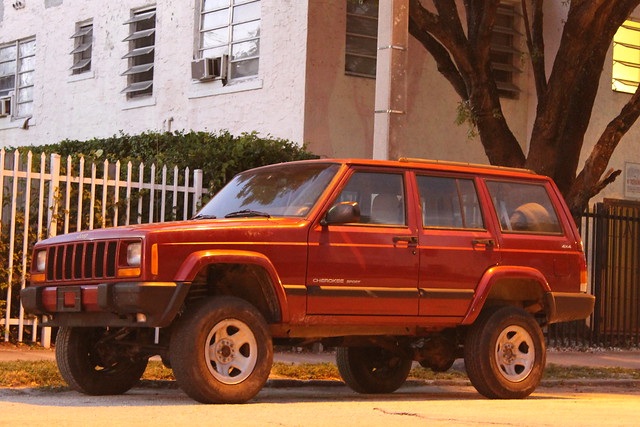 Ruby needed a professional alignment and because Miami is expensive, shop rates are expensive and the local 4Wheel Drive Parts charges about $100 for one. Swallowing my pride, the trip up to the shop was interesting if not noisy. Any amateur shade tree mechanic like myself would have assumed the dust shields were broken causing a significant rotational noise. Any real mechanic like not myself would have known that the axle I had purchased had completely blown wheel bearings. And ball joints. And tie rod ends. My $100 alignment turned into a $1400 front end repair.

I decided to try my hand at gambling and go more than 70 on I95 with 235 all seasons and a wet noodle box with about five inches of lift in the rear and four in the front – hardly what was advertised by Rubicon Express. The excess lift was partly due to the springs not settling yet and partly due to Rubicon Express being quality manufacturers of lies. When my speedometer hit 70, I did see some serious shit. I didn’t go that fast for a few months after.

Around January 2014, Ruby finally had some quality parts on her. A double sheer track bar from Iron Rock Offroad centered her front axle and added a much-needed dose of rigidity. A brand-new set of recycled tires came from Treadwright and Ruby could do 80 if I wanted her to. Truthfully, she was much more comfortable cruising up and down Biscayne Boulevard, doing donuts in the Everglades and jumping around mud puddles that were created by rotting fish fossils. 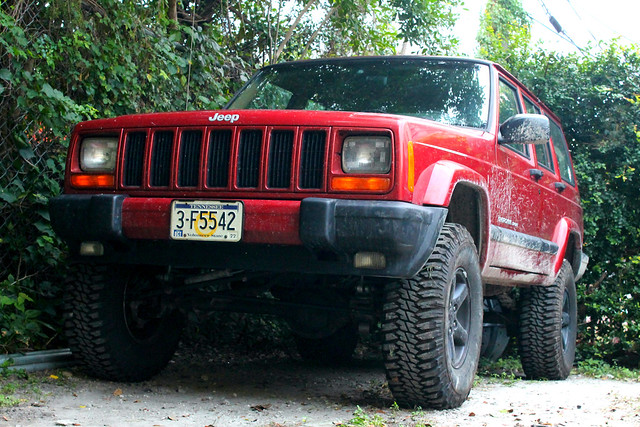 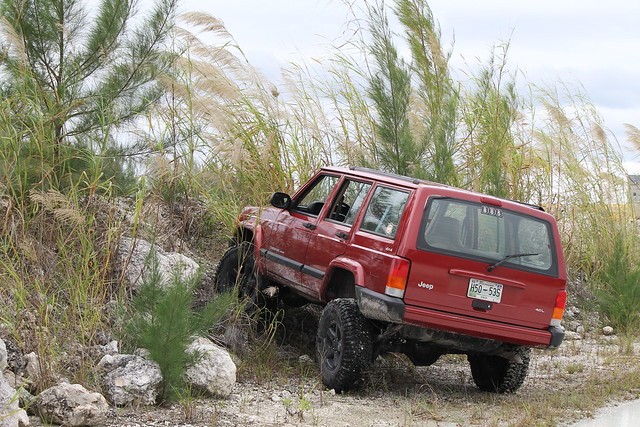 Then her turn signals stopped working and I had to move my entire life using just her 1,000 miles north. The fact that she made it was more remarkable than the story. 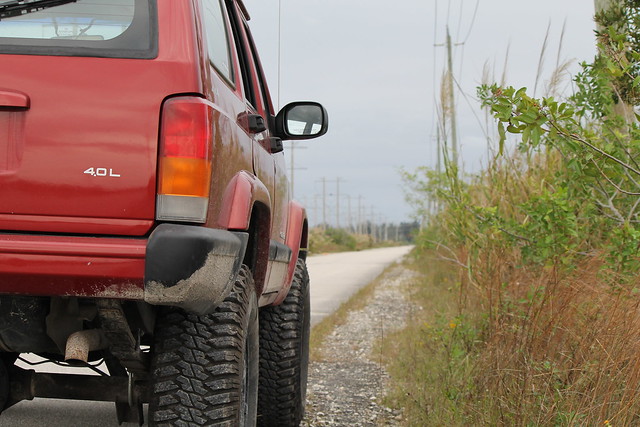